In 1875, Henry and Elizabeth emigrated from Russia, along with their children: George, Peter and Heinrich. The Schreiber's had no doubt heard the positive reports from two scouts from Norka, Johannes Krieger and Johannes Nolde, who had visited the United States in 1874.

Sailing from Liverpool, the Schreiber family arrived in New York on June 28, 1875 aboard the City of Brussels. The Schreiber's were part of a small group from Norka that included seven families who were among the first Volga Germans to settle in the United States.

Steamship "City of Brussels"
The Schreiber's and other members of the group originally settled in Bluffton, Ohio. George's wife, Elizabeth (née Dick) must have been pregnant during the journey as their daughter Helena was born on September 14, 1875. Helena was very likely the first person of Volga German descent born in the United States. 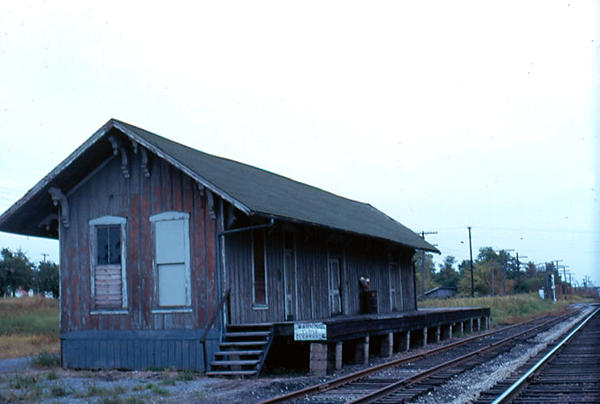 The Schreiber family arrived in Bluffton, Ohio in 1875 and it is likely that they disembarked at this station which served the community until 1899. The old structure remained across the tracks from the newer station which was built in 1899. The photo shows the old station not long before it was torn down. Courtesy of the Ohio Railroad Stations Past & Present website.
The family moved to North Franklin Township, Nebraska by 1878 and are listed in the 1880 census as farmers.

Sometime after 1880, the entire family traveled to Oregon, where they settled in North Plains (near Hillsboro).

The Schreiber family were likely part of the the Seventh-day Adventist church established in West Union by Friederich Jorg who was also from Norka and had traveled with the Schreiber's from Russia.

In early 1904, Elizabeth is living in Portland at 290 Ross with her son Peter.

Elizabeth, died on April 14, 1904 in Portland and is buried at the Lone Fir Cemetery. 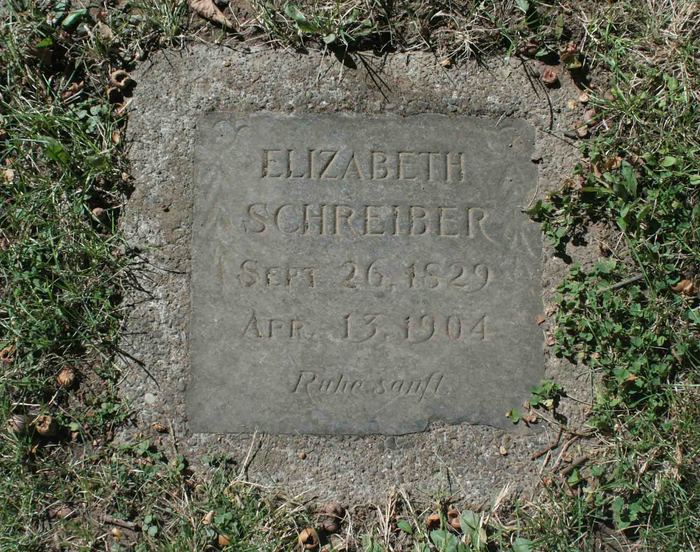