George and Christina became parents to five children who were born in Russia.

In 1890, the family set out for America, arriving in Baltimore that year. The family soon traveled west and settled in Portland with the early Volga German pioneers. In 1891, the family lived on the south-side San Antonio (now NE Graham Street), 2 lots east of Margaretta Avenue (later Union Avenue and now MLK Blvd.).

George encouraged his niece, Sophie Hahn (née Müller) and her husband George to move from Hastings, Nebraska to Portland in 1891.

In 1900, the family was living at 880 Hendricks Avenue and George was working as a city street sweeper.

Christina passed away on October 23, 1918 and was buried at the Rose City Cemetery.

George died on June 19, 1936 and was buried next to Christina at the Rose City Cemetery. 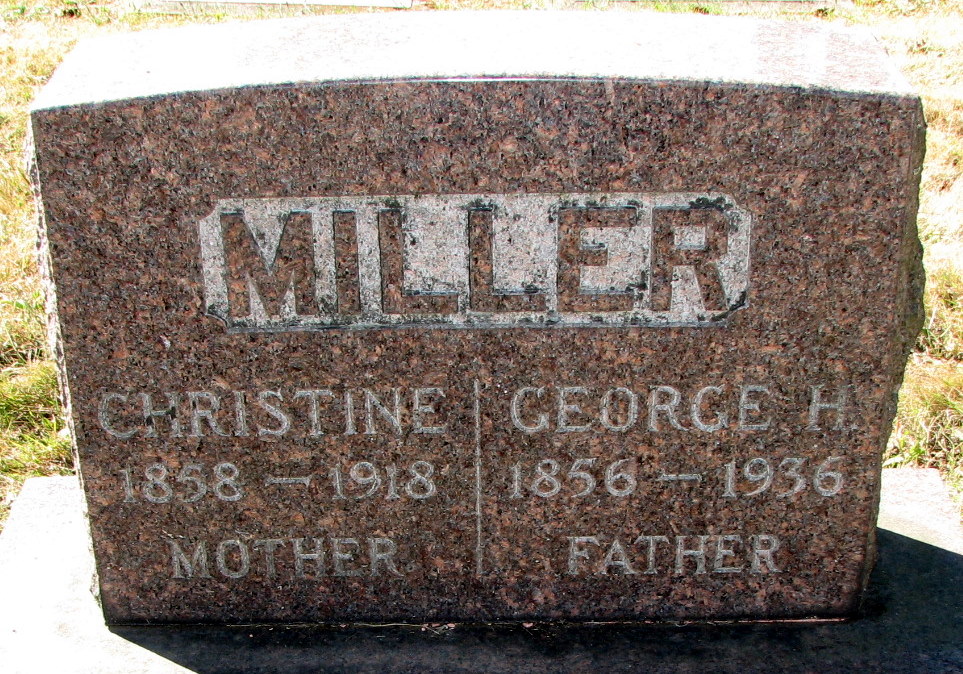