In 1912, they decided to make the long journey from Russia to the United States to seek a new life away from the Russian oppression that was threatening their way of life. They departed from Bremen, Germany aboard the steamship Breslau in late August of 1912 and arrived September 14, 1912 at Galveston, Texas. Their final destination was Scott's Bluff, Nebraska, the home of Elisabeth's sister Anna Catharina Hohnstein Schreiner and husband Jacob Schreiner.

At some point after 1912, Christian and Elisabeth moved from Nebraska to Portland, Oregon as did Anna Catharina Hohnstein Schreiner and husband Jacob Schreiner. By 1913, the sisters' brother Heinrich Hohnstein arrived from Russia with his family and was living in Portland. Their choice of moving to Portland was likely to find better work opportunities and to live once again in a German Russian community.

According to the 1920 census Christian and Elisabeth lived at 792 NE 12th where Christian had his own truck and worked as a scavenger. They also had a new member of the family, a daughter Delores Lavern, who was born December 7, 1918 in Portland. Both their son John and daughter Delores received confirmation at the Zion German Congregational Church. In 1930, they lived at the same address. In 1940 they lived at 3736 NE 12th.

The 1937 Portland City Directory lists Hohnstein (brother-in-law Heinrich) and Dick as "Scavengers" in business together. Its interesting to note that the 1943 Portland City Directory changed the occupation heading to "Refuse Collectors". Many German Russians in my family became scavengers because they only had to have a horse and wagon to start the business and the growing city of Portland certainly needed garbage service. Later on they were able to buy trucks. A picture of the Hohnstein & Dick truck is shown below. 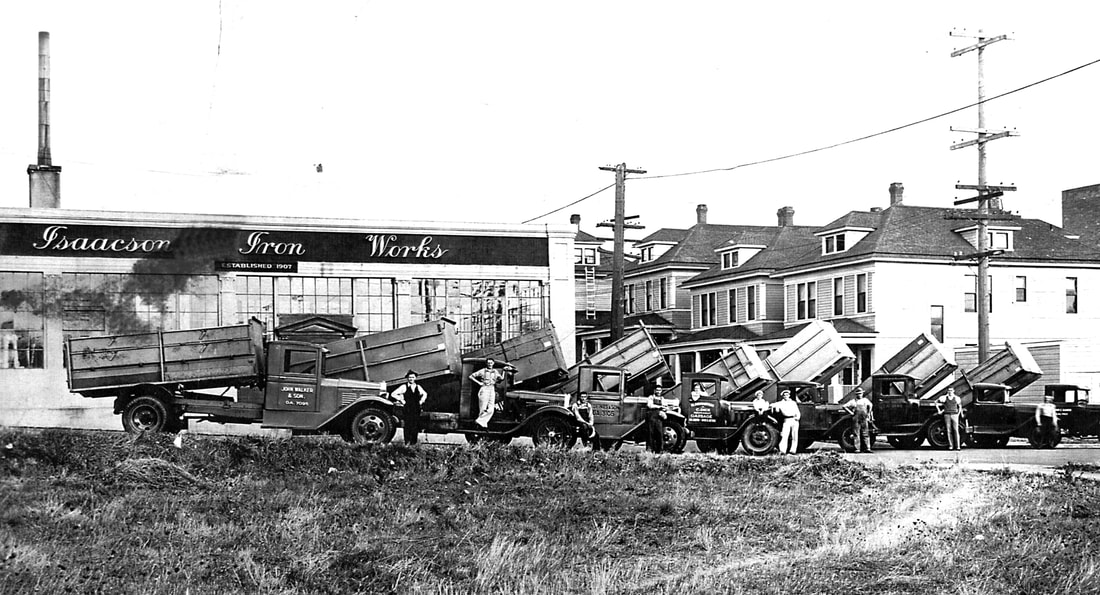