Rev. Friedrich (Frederick) Hoffmann was born in Sangerhausen, Germany on May 22, 1856.  At the age of 14 year, Friedrich traveled to Hamburg, Germany to live with an uncle who was a deacon in the Baptist church. It was in Hamburg that he became acquainted with the Baptist denomination that he would spend a lifetime serving. 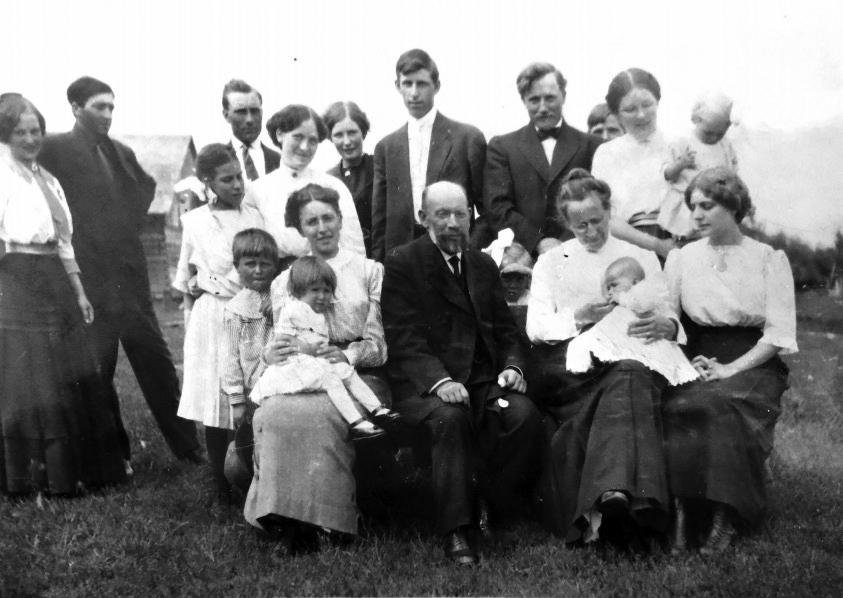 The Rev. Friedrich Hoffmann family. Photograph courtesy of Marcy Strawn.
Friedrich was baptized by Rev. Rohde who served the Baptist church in Hamburg at that time. Inspired by the sermons of Rohde, Oncken, Lehmann and Koerner, he served as a missionary with Rev. Rohde in the suburbs of Hamburg (Altona) where he began preaching in 1876. 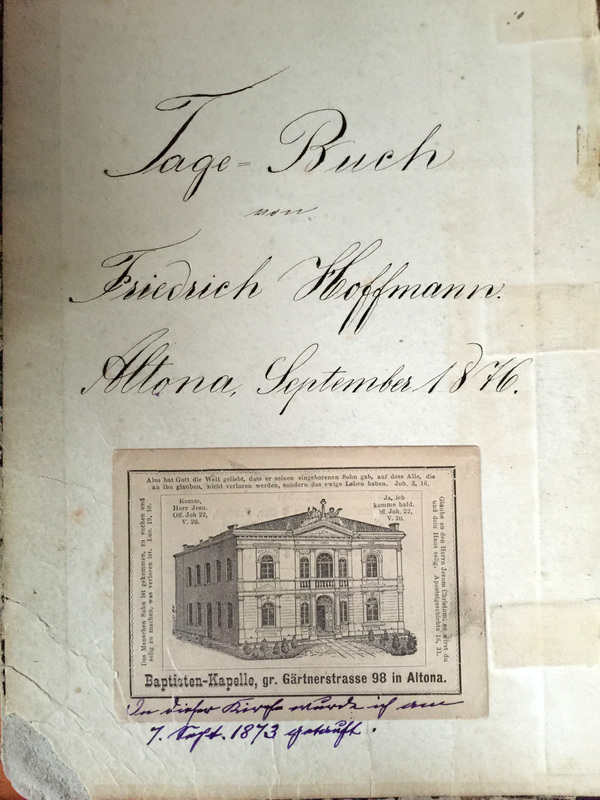 Inside cover of the "Tage-Buch" (journal) of Friedrich Hoffmann, dated September 1876 which features a drawing of the Baptist Chapel in Altona (Hamburg), Germany. Courtesy of Marcy Strawn.
Feeling the call to serve the Lord more fully, he accepted an invitation from Professor Walter Rauschenbusch of Rochester, New York to come to the United States in 1878 and study at the Rochester Theological Seminary there. In 1882, he graduated from the seminary and accepted a call to serve a church in Minonk, Illinois. There he met his future wife, Gustava Schiebeck, who was a great help to him throughout his ministry.

In 1885, Rev. Hoffmann was called to serve the First German Baptist Church at St. Louis, Missoui where he spent 12 years and led the building of a church and parsonage.

From 1906 to 1911, Rev. Hoffmann served the First German Baptist Church (later the McDermot Avenue Baptist Church) in Winnipeg, Manitoba and led the effort to construct a large church.

From Winnipeg, Rev. Hoffmann traveled further west to serve the church in Leduc, Alberta, Canada for a period of five years.

Rev. Friedrich Hoffmann died on November 30, 1941 in Portland at the age of 85. On December 3, 1941, all the ministers of the Oregon Baptist churches came to carry his remains to his last rest at the River View Cemetery. On Sunday, December 14, the Immanuel Church held a memorial service attended by a large group of family and friends.

At the time of his death, Rev. Hoffmann was survived by his widow, two daughters, seven sons, eleven grandchildren and one great-grandchild. 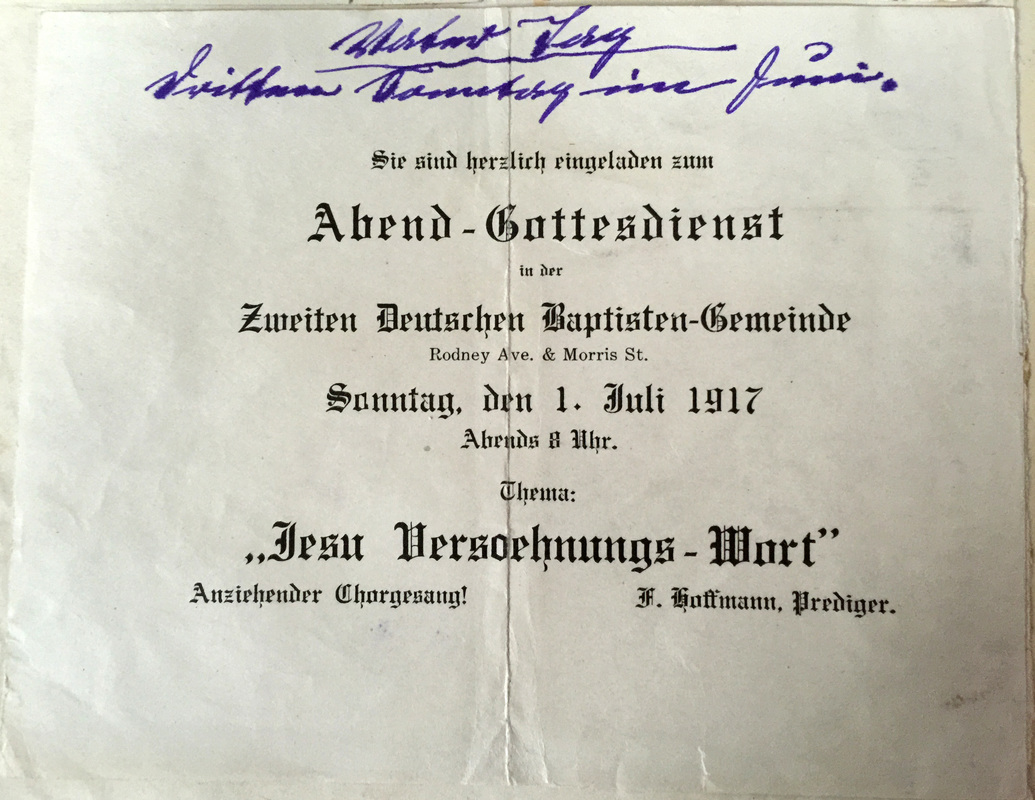 Announcement of the evening service on July 1, 1917 at the Second German Baptist Church led by Rev. Hoffmann. Courtesy of Marcy Strawn.