100 years ago, a brown horse with four white legs dragged a dead man in a Russian military uniform down the main street of Schuck, (Gryaznovatka) Village. There was only one brown horse with white legs and it to belonged to Anton Klobertanz, 2nd Great Grandson of Michael Klobertanz whom immigrated as a child with his family from Germany. Anton and his lifelong friend were arrested that same day. That night the sheriff’s wife came and released them stating she knew they had not committed the crime. Anton and his friend shook hands in the dark, wishing each other the best of luck and God’s speed, never to see or hear from each other again.  For the next three weeks Anton hid under his bride’s, Rosalia née Feser family home while the Russian officials interrogated the family every day, followed by raiding the farm of food and livestock.

The family had already been in the process of coordinating with family in Portland, Oregon to immigrate. Now the family quickly worked to secure the last of the documents needed for their journey.

Leaving it all behind Anton, Rosalia and six additional family members head out in the dead of night with what they could carry. The journey out of Russia, through Poland and Germany to Ellis Island will take two more years. 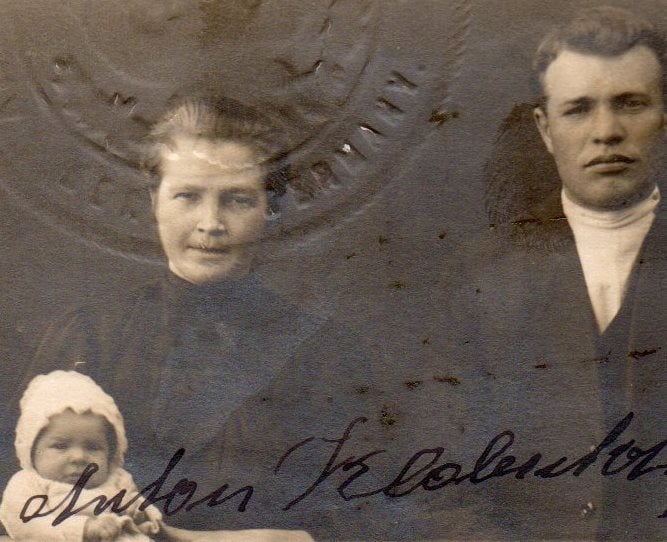 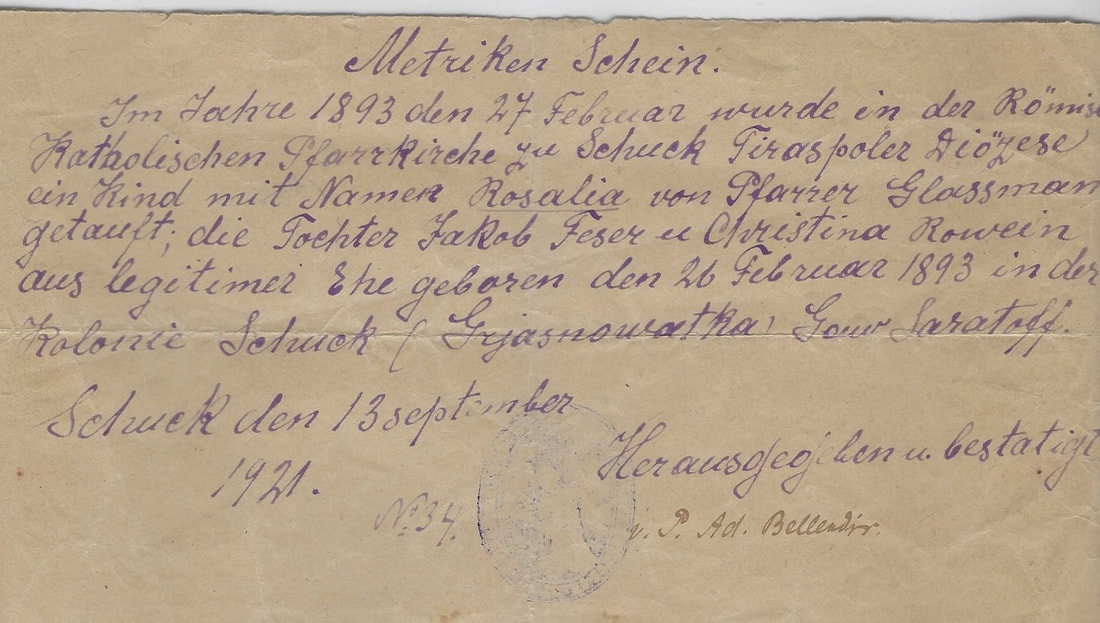 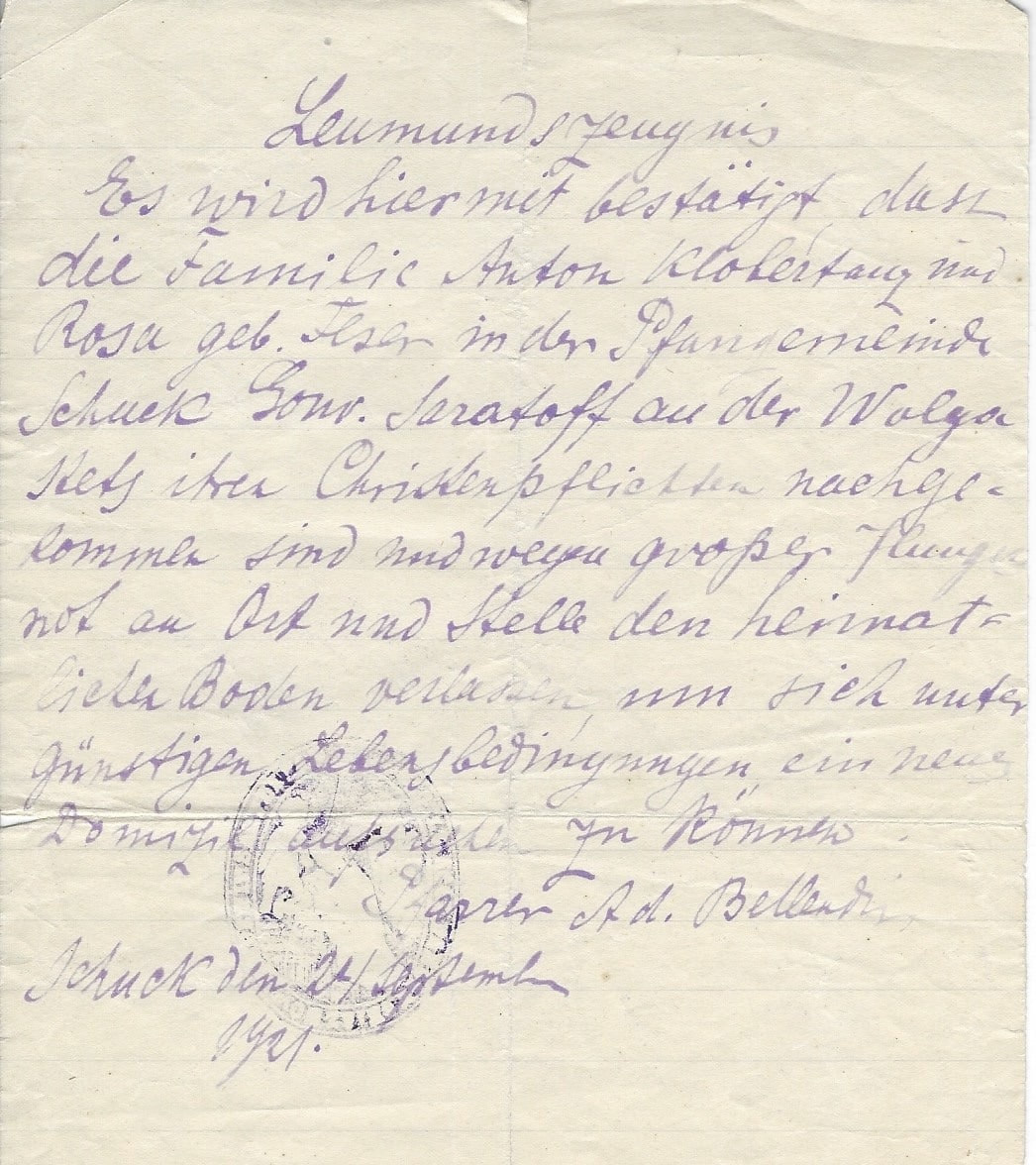 Letter of Reference: It is herewith certified that the family of Anton Klobertanz and his wife Rosa nee Feser are members of the Schuck Roman-Catholic church and have always fulfilled their Christian duties. Because of the famine here they have to leave their native land and would like to look for a better place of living under favorable living conditions. Schuck (Gryaznovatka), Saratov Province September 24, 1921 Pastor Ad. Bellendir Translated by Mila Koretnikova. Courtesy of Roz Rockweit.

Written by and used with the permission of Roz Rockweit (November 2021)
Last updated November 27, 2021.