The Eliot School was opened in 1909 on property located at Rodney and Knott that was originally planned for a new high school. The school was named after Thomas Lamb Eliot, an influential clergymen in Oregon.

The soil used to fill the Boise School site was excavated when the basement for the German Evangelical Congregational Brethren Church was dug. The digging was all done by hand and the garbage haulers in the congregation used their trucks to haul the dirt to the school site. 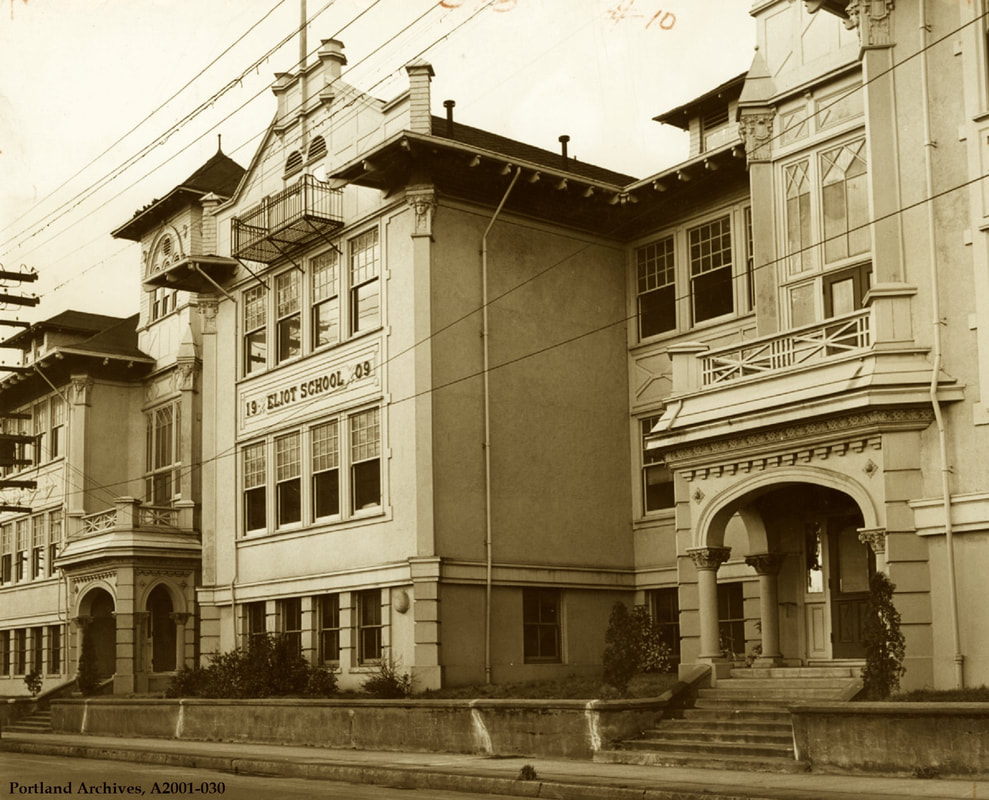 Eliot School, circa 1951. The school was built in 1909. Source: City of Portland Archives, image A2001-045.1185.
The bearded adult male in the photographs below is principal Samuel Usmar Downs (1856-1936). He served as principal in several of Portland's Eastside schools and retired in 1931 as the long-time principal at the Eliot School. 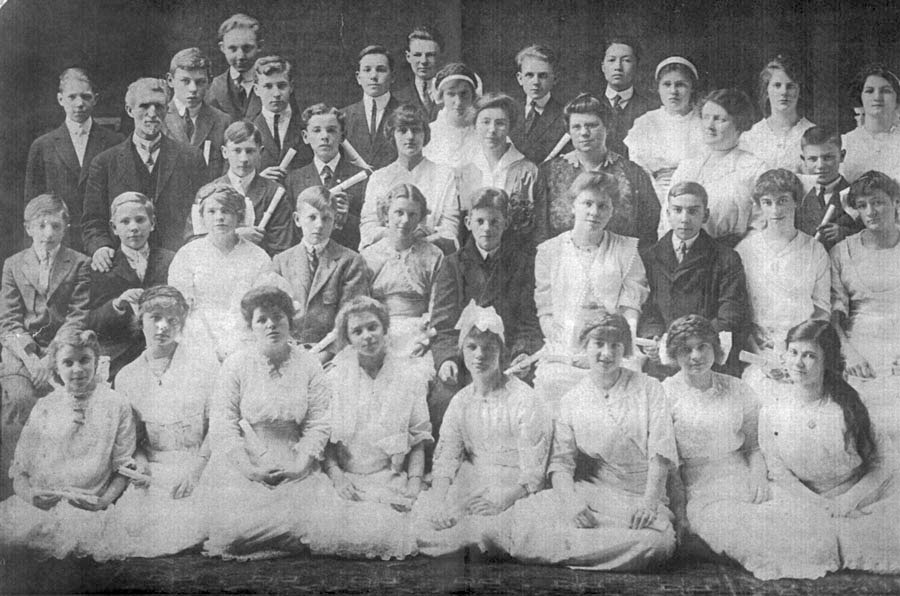 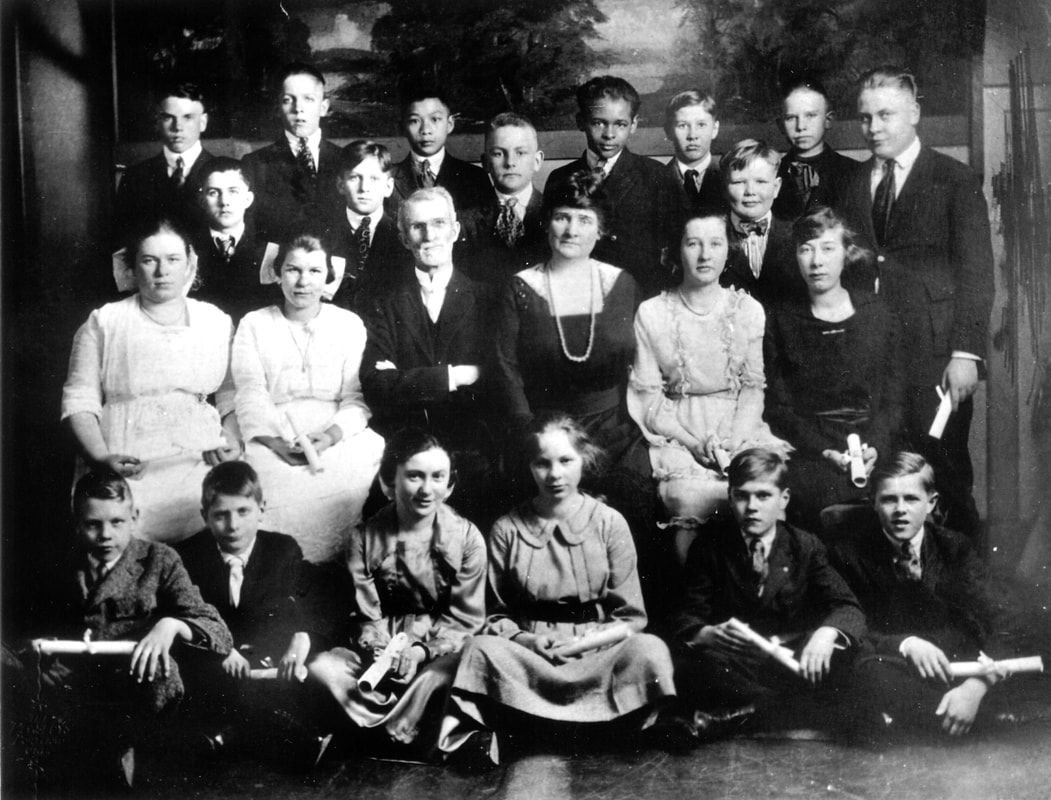 Eliot School graduating class of 1929. Courtesy of Julie Cohan, whose father is seated in the front row, second from the right.