In 1912, my brother George and his wife Louisa Schnell Brill, sent home two fares from Portland, Oregon, for me and my sister Lena to come join them and our sister Elizabeth (Brill) Schleining and her husband Jacob.  I had just discovered girls, so used the excuse that I didn't want to leave our parents, so didn't want to go.  My brother Conrad, eight years older than I, had been going with an Urbach girl in Norka, whose family sent her and her brother over here earlier, with relatives going to Portland, so my brother Conrad decided he would come in my place.  They left Norka and got to Oregon and he then married his old girlfriend and my sister Lena met and married John Leichner in Ritzville, Washington, later moving to Portland too. ​

As Konretja described, his older brother Conrad departed from Norka in the spring of 1912 with his sister Lena. They traveled west by train to the seaport of Libau, Russia (now Liepaja, Latvia). At Libau, they boarded the steamship "Laurentic" which sailed for Portland, Maine, arriving on April 22nd. From there they traveled by train to Portland, Oregon.

Conrad did reunite with his girlfriend, Katharina Maria Elisabeth (Mary) Urbach, in Portland. They were married on October 11, 1913 at the Free Evangelical Brethren Church.

Mary was born on October 8, 1887 in Norka, the daughter of Johannes Urbach (born 1854) and Sophia Augusta Brill (born 1858). Mary came to the United States in 1913. They arrived on April 14th in Halifax, Canada aboard the steamship "Czar" which sailed from Libau. They traveled to the United States border at Port Huron, Michigan via the Grand Trunk Railway. From there they continued by train to Portland. 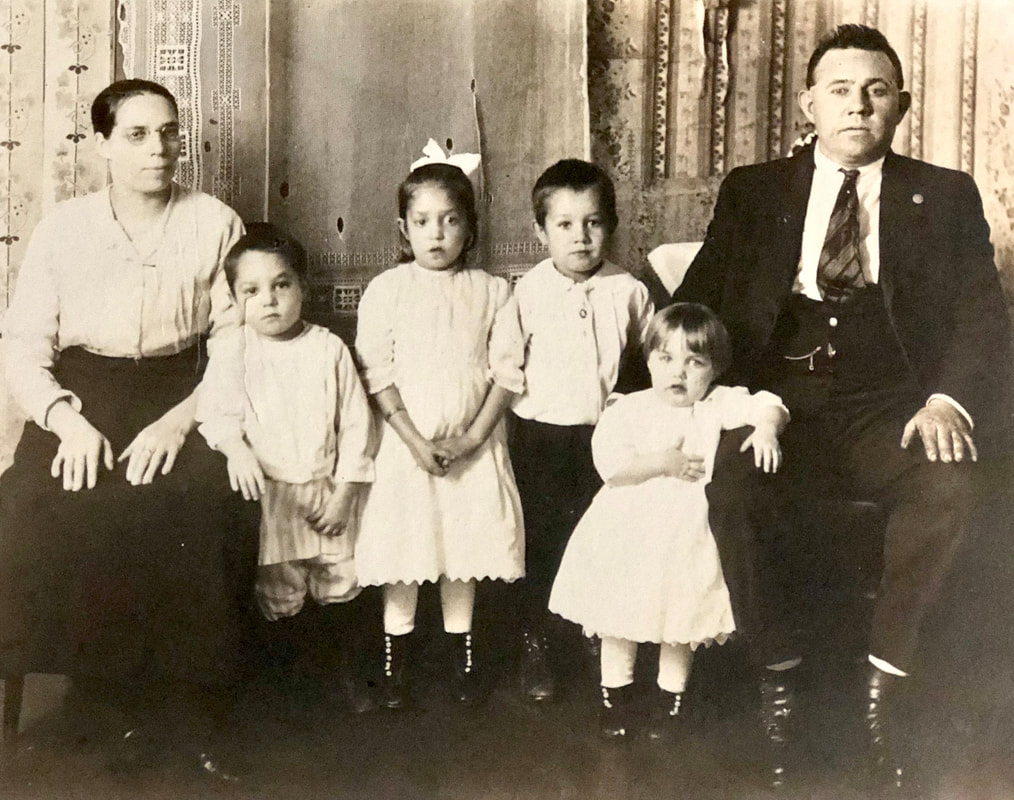 Portrait of the Mary and Conrad Brill family about 1920 in Portland. From left to right: Mary, John, Elizabeth, George, Esther Marie, and Conrad. Courtesy of Barbara Brill Hoffer.
Conrad and Mary were members of the Free Evangelical Brethren Church for many years.

In 1918, Conrad was working as a boilermakers helper for Albina Engine and Machine Works.

In 1920, the Brill family lived at 837 Garfield in Portland and Conrad worked as a car repairman for the railroads.

Conrad died on July 30, 1930 and was buried at the Rose City Cemetery in Portland.

Mary filed her Declaration of Intention to become a U.S. citizen in May 1939.

​Mary died on April 11, 1976 and was buried at the Rose City Cemetery in Portland.