Conrad Bauer was born on November 14, 1867 in Norka, Russia. Conrad emigrated from Russia with his wife Anna Marie Bauer (née Lehl) in 1891 and they originally settled near Fort Collins, Colorado and later moved to Billings, Montana where Anna Marie died about 1917.

After Anna Marie's death, Conrad moved to Portland with his younger children where he married a widow, Katherine Miller (née Repp), on June 24, 1919. The 1920 U.S. Census shows the Bauer family living at 914 Failing Street. For several years, they farmed near Battleground, Washington before moving back to Portland. 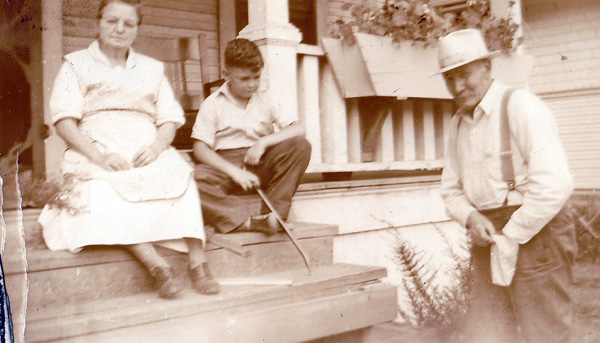 Katherine, John (known as "Jack, he was the son of Al Bauer) and Conrad Bauer. Photograph courtesy of Shanna Minarik. 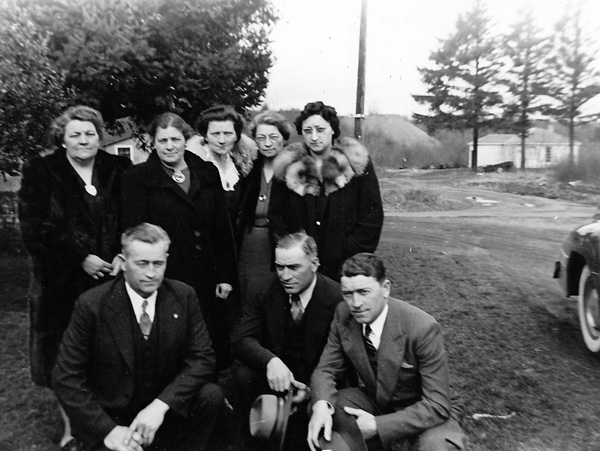 Katherine lived a long life and died in Portland on October 9, 1953.