The Bonny Slope Grocery was located on the corner of NW Laidlaw road and NW Thompson. The store was owned by Fred Roth who was born January 4, 1891 in  Hussenbach, Russia. Fred arrived in the United States in 1911 and was married in Yellowstone County, Montana on September 3rd of that year. Fred moved to Portland after 1948 and initially opened a grocery store on SE Holgate before relocating to Bonny Slope.

Although suburban development has erased the boundaries of early settlements, Bonny Slope was a self-sufficient community at one time. A small grocery store, a barber shop, a church and a malt shop were located at the intersection of Laidlaw and Thompson. The Bonny Slope Community Club and Bonny Slope Park were established on Thompson, and a general store operated in the building that still stands at the corner of South and Thompson up until the mid-90s. The country between Bonny Slope and Cedar Mill was forest and farms. - Virginia Bruce 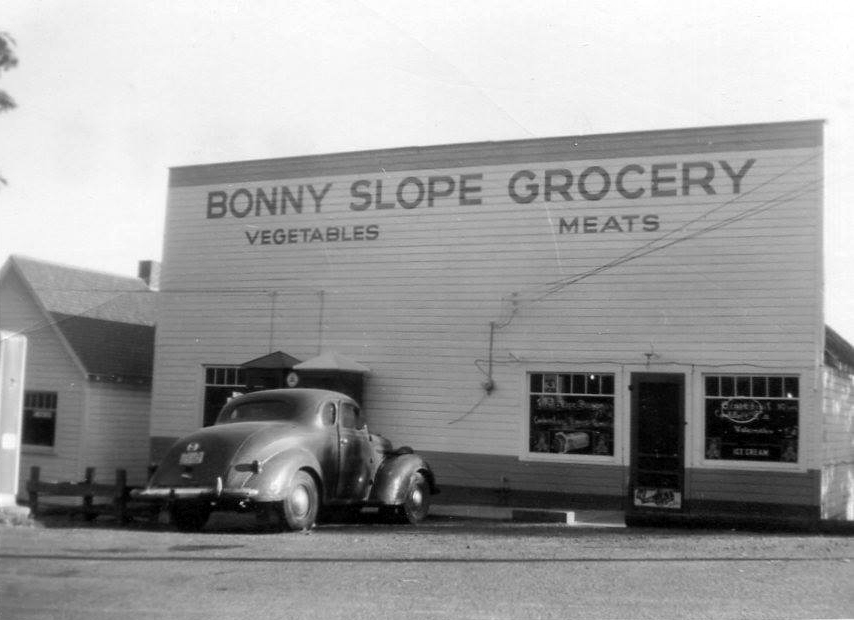 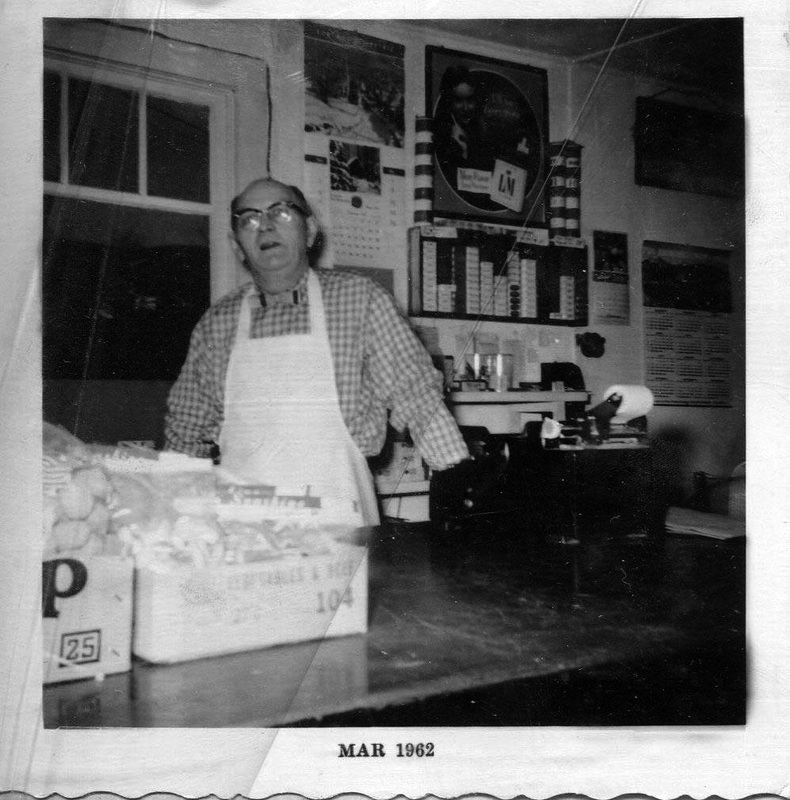 Fred Roth inside the Bonny Slope Grocery in 1962. Photograph courtesy of Calvin Wright.