Scott Bolliger writes: "My grandmother Pauline Kniss (1909 - 2004) married Ernest Bolliger (1906 - 1985) in 1929 in Portland, Oregon. My grandparents owned Bolliger the Shade Man, which was located on Williams Avenue and then on NE Broadway. Pauline's parents Conrad Kniss and Catherine Kern were born in Norka, Russia and Dietel, Russia."

According to Scott, the Shade Man also operated in the same building that had been the East Side Rug Company. This structure was located at East 13th and Pine and had previously served the community as the Central Presbyterian Church. 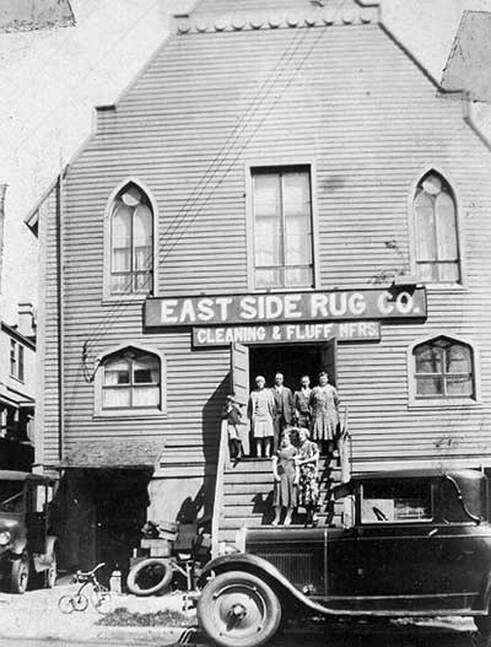